Since the mid-1990s Brad Mehldau, a stocky, self-contained 32-year-old, has persuaded Warner Bros, a pretty hard-nosed organisation, to agree to a highly unusual deal. For five successive releases, Mehldau has used the same piano trio, with no marketable themes, projects, DJs, electronics or star-guest personnel, and sometimes has even repeated the same tunes. Casual listeners dipping in and out of his Art of the Trio series might even have trouble telling one from another. Mehldau also composes long abstruse liner notes, devoted to correcting his detractors and interpreters. His trio could now work somewhere in the world almost every night of the year. Mehldau's fragile music has also begun to attract the movie industry: he was on the soundtrack to Stanley Kubrick's Eyes Wide Shut.

Mehldau lives outside New York, in the kind of remote country house where putting out the garbage means a 10-minute walk down the drive in the January snow. He shares it with Fleurine, the young Dutch singer with whom he recorded Close Enough for Love in 1999. The couple now have a three-month-old daughter.

Far more effusive and open than his private and reticent onstage presence suggests, the pianist is surprised by the way things turned out. But for all the slow-burns of his music, his avoidance of onstage flimflam, and the interior conversations that go on within the trio, Mehldau's work is irresistibly compelling to witness. He can be so circuitous in narrative development that the original song may appear to have given up and retired in a neglected huff.

Yet he is also profoundly connected to a lyrical jazz-piano tradition running from Teddy Wilson and Nat King Cole in the 1930s and 1940s, and on to Bill Evans, McCoy Tyner, Wynton Kelly and Keith Jarrett. Mehldau often plays at a floaty mid-tempo, and unfolds tunes as if opening a lovingly wrapped present. But he can be angular and post-boppish too, and his classical sounding counter-melodies often change jazz evergreens into new music of previously undiscovered implications.

Mehldau is also a musical child of his eclectic time. When he played Radiohead's Exit Music (For a Film) in Germany, people came up to congratulate him on his variations on Beethoven.

'There's a lot written about styles crossing over now,' Mehldau says, 'but I think with the piano it's always waiting to happen. It has this great body of literature and material built up for it, so how could you not want to explore four or five centuries of canonical stuff, and then after that get into Art Tatum and Herbie Hancock and Bill Evans and Keith Jarrett? I stopped listening to classical music more or less completely from 14 to around 23 - and when I now hear my playing from that time, I sounded like McCoy Tyner or Wynton Kelly, depending who else I was playing with. Then I went back to classical music again, and my playing changed. Now what I do is affected a lot by what I'm digging at the time. If I'm digging a Brahms intermezzo that'll find its way in. If it's McCoy Tyner, there'll be more of that.' 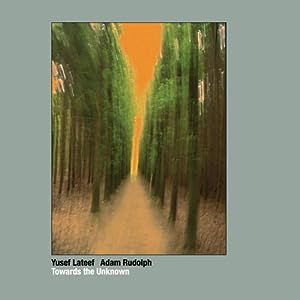 The Art of the Trio series followed, with diversions to work with Lee Konitz, Charles Lloyd, the late Billy Higgins and Fleurine along the way. Finding new ways to relate to musical partners is a fascinating subject for Mehldau, who's the most collaborative and non-egotistical of virtuosi. 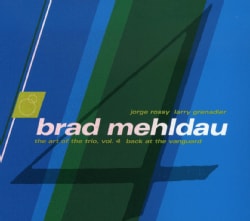 'Jazz has depended on a theme-and-variations approach, and it's great because it gets you immediately into a place where the structure is spoken for and you can go ahead and improvise together. But we have to find other ways of relating too. Having said that, it's surprising to me how, even today, listeners will appear to believe that we improvised the whole thing from beginning to end.'

Misrepresentation of jazz is lively subject matter for Mehldau, who was one of those who took issue with some aspects of the Ken Burns TV documentary juggernaut Jazz. Mehldau distrusted it partly for its lack of analysis and partly for its implication that good jazz remains exclusively American.

'You always have the choice of whether you want to gain a deeper understanding of something - or not. Somebody said, 'As we get older our pleasures get more difficult.' Maybe it was Freud. People can listen to Thelonious Monk, for instance, and think, 'Hey, it's so kooky and weird', and enjoy it that way, but go deeper and you find out what a real genius he was. Nor can we say the polarisation - of retro versus new - makes any sense.

'What's really happening, and I know it's an overused term but it applies, is a postmodern soup where everything's happening at the same time and you can't say where it's coming from or where it's going. You can create interesting little niches out of all the things you've heard and learned - and then you can stop worrying about how to make something completely new. The most important question is simply, 'Do you enjoy it? Does it enrich your life?'