I have a Windows 10 desktop PC I built a few years ago which will no longer boot.

Oct 11, 2013  Can anybody help with a bootcamp problem? A friend of mine has a late 2011 15' Macbook Pro that shows a blank screen with a top left blinking cursor whenever she boots into Win7. I've tried booting into the Windows cd to do a system repair.

The BIOS splash screen displays (and I can access the BIOS by pressing Del at this point), but after that there is no Windows loading screen as usual, just a black screen with an underscore/cursor character in the top left corner which flashes indefinitely. I have left the machine in this state for over an hour and seen no progress.

While this black screen is shown, I can press CTRL + ALT + DEL and the machine will reboot. I can also press the physical power button on the machine's case and it will turn off immediately.

I have read around a bit online (I've always worked in IT, so can usually solve my own problems!) and tried each of the following (rebooting several times after trying each thing):

Nothing so far has made any difference and I cannot get the machine to boot.

I do not have another machine available which can take the HDD (or a caddy to connect it to my Surface via USB), so I cannot currently inspect the contents of the drive at all.

I also do not have any Windows installation media to try and boot from - I bought an OEM copy of Windows 7 (which I cannot find unfortunately) when I bought/built the machine and it was upgraded to Windows 10 via the online download a few months back.

What should my next steps be?

Have you checked for rootkits and/or other malware yet? I would remove the drive and check with GMER or sysinternals anti-rootkit programs, and also with Malwarebytes. If those come back clean, I would try to run Windows utilities again to fix the MBR after you've checked the BIOS to make sure that it is looking for that drive as a boot device.
Also, what response do you get when you tried to run a repair in Windows? Usually malware and hardware issue won't allow this to run, so I'm kind of curious what the response was.

When I run the repair of Windows it behaves as though it worked normally. There were no indications of failure.

have you tried running

system restore. or even possibly restoring an earlier version of the registry. I have had 2 dell computers lately that the customer had the same problem. unfortunately system restore was turned off so I could not try that so I had to reinstall. A couple of people tell me some update caused the problem on some dells but I can't verify that or even say if it was an MS, Dell or some other update. I do know that after I reinstalled I installed all MS updates and it still worked so I do not think it was MS but who knows.
Good luck. 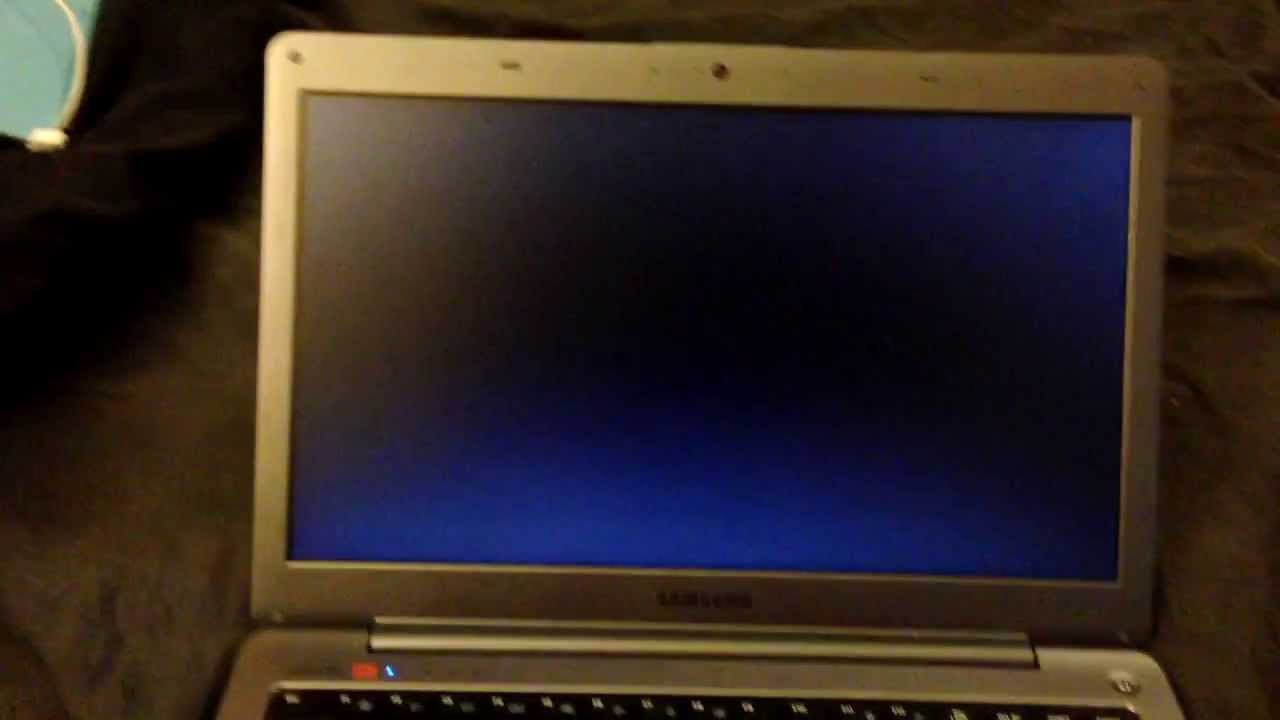 Will it boot into F8 safe mode?
Maybe it's trying to boot up from a USB device? I've seen one PC that would do this same symptom if you tried to boot with a USB flash drive plugged in.
tried safe mode with command prompt?
http://support.microsoft.com/kb/315222
Most likely, either the mbr is hosed, or there's a hardware issue.
Normally Windows repair should have fixed the MBR, so I would wonder if the drive is failing, or something like bad RAM.
Reseat RAM, video card, etc.
I would boot a Linux live CD to test that the video card is healthy.
i would also try a boot with some RAM removed.

I did try removing both of the RAM sticks.. individually of course ;-)
The only thing plugged into it is a USB keyboard and mouse. There is a 3rd party video card for a Barco display.
It does not boot far enough for me to hit F8. I do have a Knoppix CD. I will try to boot from that and see what happens. AM I just looking to make sure it boots with a display?
Also
'Normally Windows repair should have fixed the MBR, so I would wonder if the drive is failing, or something like bad RAM.'
I did clone the one drive to the other and attempt to use that as the boot device but that did not work either. Ran fixboot and fixmbr on that drive as well.
Booted from Knoppix while typing.. the system came up and is usable from the Live CD. All drives are accessible.

hmmm, if it's not getting far enough for F8.
if it can run Xwindows on knoppix, then video hardware is OK and RAM too. And you've run diags on the SATA controller.
Crazy thought..although Windows will go BSOD if you try to boot that that drive into another mobo, as a sanity check..
Try disabling EVERYTHING in BIOS. Serial, USB, secondary SATA controller.
At this point I would jump into recovery console and start poking into the registry and maybe start trying to kill services or inspect individual system files for corruption.
Be sure to take a peek at the boot.ini.
Before giving up, I would see if you can install/boot XP on a bare drive in this beast.
Recovery console:
http://support.microsoft.com/kb/229716/

how to do system restore from recovery console
http://www.icompute.info/System_restore_from_xp_cd.htm

Out of curiosity I took the second drive and restored a factory default ghost of this model of system and was able to get it to boot to Windows and I was able to log in. This in my mind eliminates hardware on the box no?
etu

The Operating System gods are laughing at you now.
Some driver file is corrupt or some nasty rootkit has hosed the mbr

'Resolution' if you Googled to find this

I never got the system to boot off the original drive. I had to load the system from scratch and configure it from the ground up. Could I have figured it out eventually? Probably but the time it was taking to come up with the solution was beginning to out weigh the time it would take to load from scratch. The above suggestions were helpful and good ones and seem to be the way to go in most cases.
Good luck
:ar!