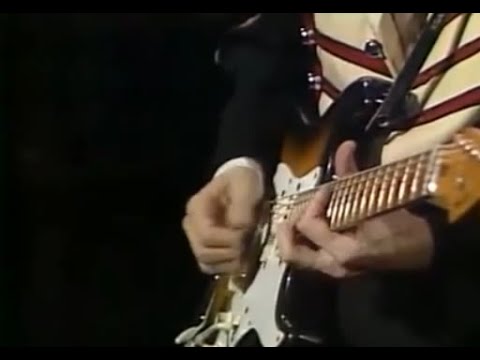 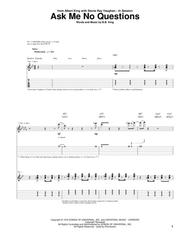 'The Sky Is Crying' is a slow-tempo twelve-bar blues notated in 12/8 time in the key of C.[4] An impromptu song inspired by a Chicago downpour during the recording session, it features James' slide guitar work and vocals.[3] Accompanying James is his longtime backing band, the Broomdusters: J. T. Brown on saxophone, Johnny Jones on piano, Odie Payne on drums, and Homesick James on bass. James' unique slide guitar sound on the recording has generated some debate; Homesick James attributed it to a recording studio technique, others have suggested a different amplifier or guitar setup, and Ry Cooder felt that it was an altogether different guitar than James' usual Kay acoustic with an attached pickup.[5]

The song, listed as 'Elmo James and His Broomdusters', reached number 15 on Billboard magazine's Hot R&B Sides chart in 1960,[6] making it James' last chart showing before his death in 1963. James recorded a variation of the song, 'The Sun Is Shining', in April 1960,[7] five months after the recording date of 'The Sky Is Crying' (although some places 'Sun' as a precursor to 'Sky',[8] possibly because the bulk of James' recordings for Fire/Fury/Enjoy took place after the Chess recordings).

'The Sky Is Crying' has been interpreted and recorded by many blues and other artists. In 1963, blues harmonica player and singer Sonny Boy Williamson II recorded the song as a country blues-style duet with Matt Murphy on acoustic guitar for his Keep It to Ourselves album. In 1964, Eric Clapton with The Yardbirds recorded a live slow blues which included a couple of lines from 'The Sky Is Crying' (Blueswailing July '64 (Live)). In 1966, with Jeff Beck on slide guitar, the Yardbirds made a live recording of 'The Sun Is Shining' for the BBC (BBC Sessions). Hound Dog Taylor recorded a live version with Little Walter on harmonica at the 1967 American Folk Blues Festival (Fontana). He later recorded another live version with the HouseRockers in Boston in 1972 (Live at Joe's Place).

In 1969, Albert King recorded the version that became one of his signature songs on the album Years Gone By, later adopted by Stevie Ray Vaughan. King recorded several live versions of the song during his career. Luther Allison also recorded the song in 1969 on his first LP, Love Me Moma, and frequently included the song in his live performances. The Allman Brothers Band played the song at Duane Allman's funeral in 1971 and has since become one of their staples.[3]Eric Clapton released a studio version on his 1975 There's One in Every Crowd album. In 1977, George Thorogood recorded it for his second album Move It on Over. A live version was included on his 1986 album Live Thorogood.

Stevie Ray Vaughan recorded the song during the 1984 Couldn't Stand the Weather sessions, and again during the 1985 Soul to Soul sessions, but neither version was released until the posthumous compilations Blues at Sunrise (2000) and The Sky Is Crying (1991), respectively. Gary Moore recorded it for his 1992 album Blues Alive. A live version appears on Johnny Winter's Live in NYC '97 album. In 1998, John Martyn recorded it on his album of covers The Church with One Bell. Etta James recorded the song for her 2004 Grammy Award-winning Blues to the Bone album. Gary B.B. Coleman recorded the song for his 1992 album Too Much Weekend.

In 1991, Elmore James' 'The Sky Is Crying' was inducted into the Blues Foundation Hall of Fame in the 'Classics of Blues Recordings' category.[9] Record producer Bobby Robinson noted that the song is 'a magnificent vehicle both for Elmore’s emotion-packed blues vocal and his ringing slide guitar'.[9]